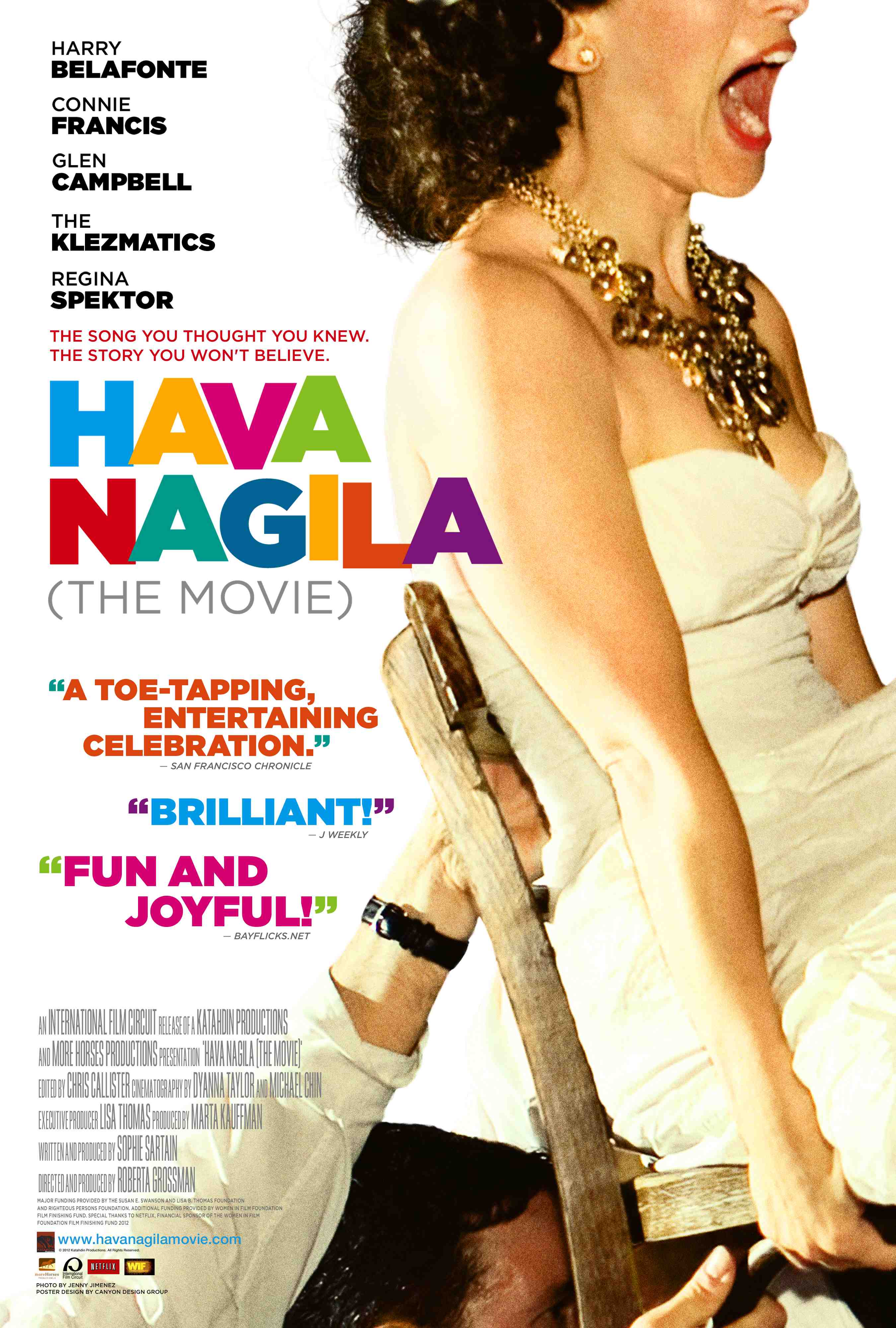 Where did the Hava Nagila come from? Aaron Herman spoke with Director Roberta Grossman about her new movie Hava Nagila (The Movie) .It is instantly recognizable — musical shorthand for anything Jewish, a happy party tune that you dance to at weddings, bar mitzvahs and even at Major League Baseball games. It conjures up wistful smiles, memories of generations past…and no shortage of eye rolling. But as audiences will discover in Hava Nagila (The Movie), the song is much more than a tale of Jewish kitsch and bad bar mitzvah fashions. It carries with it an entire constellation of history, values and hopes for the future. In its own believe-it-or-not way, Hava Nagila encapsulates the Jewish journey over the past 150 years. It also reveals the power of one song to express and sustain identity, to transmit lessons across generations and to bridge cultural divides and connect us all on a universal level. “When you find a song that says ‘Let us rejoice,’ there’s no better song to leave an evening with. Hava Nagila tells us who we should be and what we, in a fundamental sense, aspire to be—peoples of love and joy and peace.”— Harry Belafonte

Featuring interviews with Harry Belafonte, Connie Francis, Glen Campbell, Leonard Nimoy, Regina Spektor and more, Hava Nagila (The Movie) follows the song from the shtetls of Eastern Europe to the kibbutzim of Palestine to the cul-de-sacs of America. It excavates the layers of cultural complexity with humor, depth and heart — traveling the distance between the Holocaust to Dick Dale and his surf guitar, sometimes in the same sentence. It stops at key places — Ukraine, Israel, the Catskills and Greenwich Village, where Belafonte performed a hopeful version in the late 1950s, only to be countered by Bob Dylan, who butchers the song in his version Talkin’ Hava Negiliah Blues. The film covers Allan Sherman’s parody Harvey and Sheila, and Lena Horne’s civil rights anthem Now — both set to the tune of Hava Nagila. The film spotlights Italian-American crooner Connie Francis, who made the song the first track on her famous album of Jewish favorites; and Glen Campbell, who released an instrumental version of Hava on the B-side of his theme song from True Grit. It also dissects the proliferation of pop culture references to Hava Nagila in film and TV and brings the song up to the present, where it’s a rallying tune at sports games, a hot dance number in nightclubs and a global hit online.

The resulting film not only entertains us and makes us laugh; but it reminds us of the power of melody to go deep and to bring a celebration to life — offering delightful moments of discovery, one after another, on the song’s fascinating journey from Ukraine to YouTube.

Here I Learned To Love